100 Civic Leaders + 25,000 Activists Issue an URGENT WARNING To Fellow Progressives, Voters, and Candidates: Economic Progress is Threatened by a Republican Takeover of Congress. 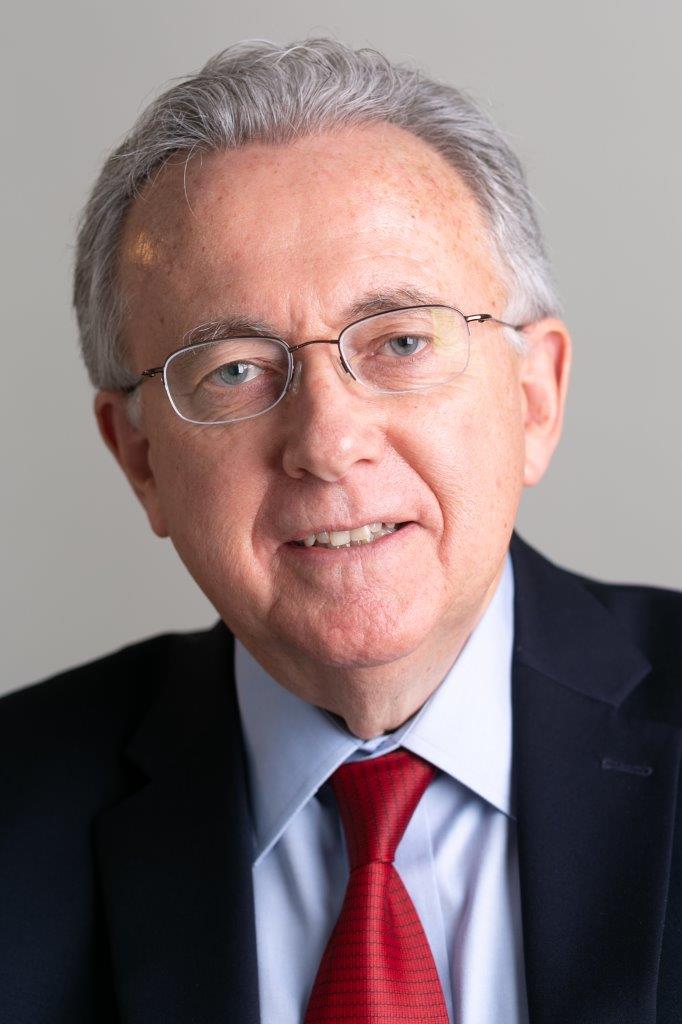 A group of well-known progressives have issued an urgent warning about the US economy:

We declare: “The biggest THREAT to good jobs, stable prices, democracy, and a healthy planet would be A REPUBLICAN TAKEOVER OF CONGRESS!”

In 2018 our large group of progressive leaders and activists have rallied behind a five-part “Solidarity Agenda.”

Because we started early (in 2018)—and because we organized to have an impact—we managed to have a positive impact on the platforms of Senators Bernie Sanders and Elizabeth Warren—and, ultimately, candidate and now President Joe Biden.  We organizers claim some credit for having shaped the original economic program put forward by President Biden after he won the White House and Democrats took the Congress by a very close margin.

Most of the 100 well-known backers of Solidarity Agenda have worked hard to help achieve the impressive Biden legislative victories—on COVID, economic reconstruction, infrastructure, chip technology for the US, and the key elements of the Inflation Reduction Act. These victories are all the more impressive because what we called “Do Nothing Republicans” have controlled half the Senate—wielding the filibuster threat in lock-step opposition to progress. But because we believe more economic changes are needed, we are issuing this warning: we cannot afford to allow a Republican takeover of the Senate—or the House.”

1. Message to Progressives:  Our warning about the dangers of a Republican takeover of Congress is aimed partially at progressive activists who worked to pass big elements of the Solidarity Agenda – but who are disappointed that Democrats have been unable to pass some reforms that are as bold as they believe the current crisis demands.

While the breadth of support for the Solidarity Agenda shows that most progressives are mobilizing to stop a Republican takeover of Congress, some progressives may be inclined to lie back and do nothing because Democrats have been unable to pass some reforms that are as bold as they believe the current crisis demands.  Despite all our efforts, we haven’t raised the Federal minimum wage, plans for a stronger “Care Economy” were thwarted, the climate change agenda, while historic, makes only a start on addressing global warming – and it came at the cost of a Democratic promise to pass a new law allowing oil companies to do more drilling and build more carbon pipelines – a law some Solidarity Agenda signers are currently working to defeat.  Others ask what happened to tax credits to keep families out of poverty – or what are we doing to guarantee that health crises don’t throw people into bankruptcy. And others want full elimination of student debt, and many progressives are amazed at the way lobbyists were still able to water down tax reform, despite strong public support for making billionaires and corporations pay their fair share.

Solidarity Agenda supporters agree that there is much structural change yet to be accomplished. That is the whole point of the Solidarity Agenda. But they warn progressives thinking about sitting out the elections that if they truly want fundamental change, we have to work hard to prevent a Republican takeover of Congress – which would result in the end (or the reversal) of hard-won progress. Our message to Progressives: Stop a Republican Takeover of Congress, Win a Stronger Majority, and Fight for the Full Solidarity Agenda.

2.  Message to Democratic politicians: It is smart to make elections a choice between you and the other party – forcing voters to understand the failures of your opponent. This prevents the election from becoming merely a referendum on your record – especially when you are the party in power (with a narrow majority).  Congressional Democrats are rightly emphasizing the impressive successes their party has achieved with President Biden. But it will take some time for voters to feel the benefit of those successes.  So, Solidarity Agenda backers also want to remind voters how Republicans have become what they call the “Party of NO” on just about every issue that people care about.

Americans (and Democrats) want a stronger care economy for families. Republicans say NO.

Americans (and Democrats) want to expand Medicaid and Medicare. Republicans say NO.

Americans (and Democrats) want to fight inequality and pay for what the people want by raising taxes on the billionaires and corporations. Republicans say NO.

Americans (and Democrats) want to guarantee that women have a right to control their reproductive choices. Republicans say NO.

Americans (and Democrats) want to expand Democracy and human rights – and they want to limit corporate “dark money” from controlling the political system. Republicans say NO.

The Solidarity Agenda advocates stress that, in a comparison election, Democrats should also talk about their impressive successes: a robust recovery and rapid job growth, progress in fighting the COVID pandemic, major investments in infrastructure (which Trump talked about but never achieved), the first legislation aimed at slowing climate change, a start at forcing drug companies to lower prices, subsidies for health premiums, and tax reform making the very rich and corporations pay closer to their fair share. The leaders of the Solidarity Agenda are reminding politicians to stress the true message that, on all of these successes, all (or almost all) Republicans said NO.

But what about inflation?  In a new introduction to the Solidarity Agenda, the organizers address the one economic issue which Republicans want to talk about: “inflation”

Prices are now moderating, but Republicans still talk a lot about inflation. However, they have no plan to take it on. They refuse to acknowledge rising prices were caused by shortages due to the impact of the Ukraine war and COVID pandemic on global supply chains – and by corporate opportunists who took advantage of those shortages to raise prices, even as the economy improved.  The Republican’s only plan is high interest rates and harmful austerity – cuts to public investment, cuts to health care – and many Republican leaders continue to call for massive cuts to Social Security and Medicare! They refuse to demand that the ultra-rich and corporations, who have doubled their wealth during the pandemic, should pay their fair share in taxes.  Americans for Tax Fairness have identified taxes on the wealthy and corporations, which, if passed, could finance the Solidarity Agenda that would cut prices for drugs, health care, energy, child care and housing – while reducing the deficit at the same time. Even on inflation, the GOP is the Party of No.

Note: As the extremism of the Trump era continues, the major motivators to get the activists of Democratic base out there organizing turnout and large-scale voting are the dangerous Republican threats to democracy and their attacks on the rights of women to make their own reproductive choices.  And these threats are causing independents – and even some Republicans to take a stand to elect strong Democratic majorities in the Senate and the House.  And it will likely take suspension of the Senate filibuster to pass legislation affirming the right to choose – and, separately, guarantee democratic rights.

Almost all Americans want to overcome Republican attacks on our rights and our democracy. But most Americans want to vote for public servants who will work for economic progress and opportunity for all working people.  It is the job of the Solidarity Agenda to show our friends and neighbors that the leaders of one political party – the Republicans – have systematically tried to block progress on rebuilding a healthy economy for working Americans.

And the Inflation Reduction Act, with historic investments in renewable energy, measures to reduce health costs and to control prescription drug prices got NO SUPPORT from Republicans.

Yes, two Democrats, backed by corporate lobbyists, watered down or forced removal of some important things Democrats wanted:  investments to build a care economy for families, expand Medicaid, reduce child poverty, raise taxes on the wealthy and corporations, and a bigger plan for reducing carbon emissions. But it was the closely divided Senate and the lock-step opposition to progress by Republicans wielding the filibuster on any of these issues that allowed them to force the revisions. We need stronger majorities willing to work for change.

Americans want to work together to rebuild prosperity and protect our democracy, our rights, and our planet.

After two years of real progress, we need a Solidarity Agenda. 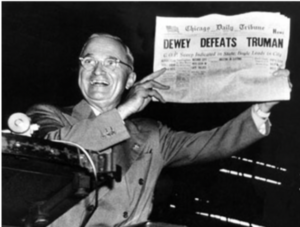 When we fight, we win!

In the 1948 election pundits predicted Democrats would lose badly.

President Harry Truman ran a fiery campaign, attacking the “Do Nothing Republican Congress.”

Click here for one of Truman’s energetic stump speeches: