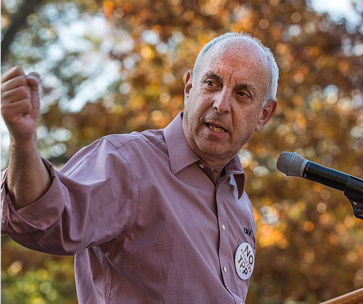 Larry Cohen is the chairman of Our Revolution, which – formed by Bernie Sanders – is leading the fight to transform American politics to make our political and economic systems responsive to working families. He is former President of the Communication Workers of America, representing 700,000 workers in Canada and the United States. A former adviser to Senator Sen. Sanders, Cohen is also vice-chair of the DNC’s Unity Reform Commission, where he led the party’s recent superdelegate reform. On the global scene, Cohen has also worked to strengthen the effectiveness and solidarity of the international labor movement. He expanded alliances with CWA’s counterpart unions in Latin America, Europe and Asia, and was elected president of the 2.5 million-worker Union Network International Telecom Sector in 2001, serving until 2007. As president, he built alliances and support for telecom workers around the world, including in Mexico, Taiwan, South Africa, Germany and other countries.