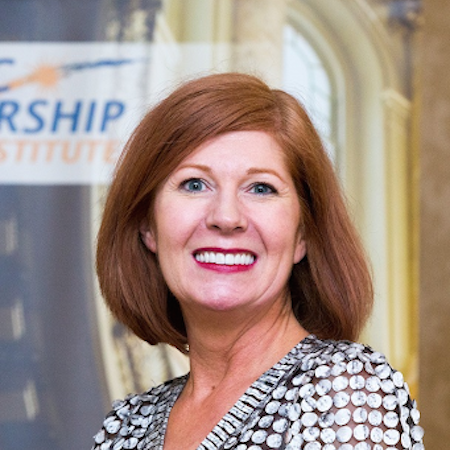 Gloria Totten is Founder and President of Public Leadership Institute is a nonprofit, nonpartisan policy and leadership center organized to raise public awareness on key issues of equity and justice and to develop public leaders who will improve the economic and social conditions of all Americans. For more than 20 years, she has directed nonprofit organizations and led grassroots organizing campaigns on the federal, state and local levels. Gloria led Progressive Majority from 2001-2015, served as Political Director for NARAL from 1996-2001 and as Executive Director for Maryland NARAL from 1993-1996. In her home state of Minnesota, Gloria worked as the Education Director for Pro-Choice Resources, President and Lobbyist for the Minnesota Coalition Against Sexual Assault and Media Chair for It’s Time Minnesota!. Gloria serves as chair of the board of directors for Brave New Films and as a board member for the New American Leaders Initiative. She is an Advisory Committee Member for the Drum Major Institute Scholars Program, Political Parity, Progress Now, Wellstone Action and the Women’s Information Network.