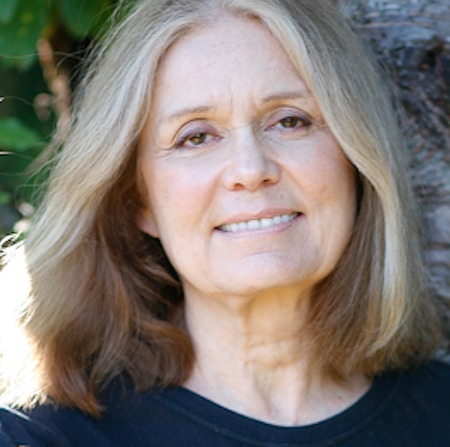 Gloria Steinem is a writer, speaker, activist and feminist organizer. She co-founded New York Magazine and Ms. Magazine, where she remains a consulting editor. She has produced a documentary on child abuse for HBO, a feature film about the death penalty for Lifetime, and WOMAN, a series of eight documentaries for VICELAND about violence against women in eight countries, from the United States to Zambia. She is also the subject of The Education of a Woman, a biography by Carolyn Heilbrun, and HBO’s “Gloria: In Her Own Words.” Her books include the bestsellers My Life on the Road, Revolution from Within, Outrageous Acts and Everyday Rebellions, Moving Beyond Words, Marilyn: Norma Jean, on the life of Marilyn Monroe, and in India, As If Women Matter. She was a member of the Beyond Racism Initiative, a three-year effort to compare racial patterns in South Africa, Brazil and the United States. She co-founded and serves on the boards of the Women’s Media Center, Equality Now, Donor Direct Action, and the Advisory Board of Apne Aap, and is a frequent speaker on campuses and in the media. She is an advisor to TIME’S UP, part of a global movement against sexual harassment and violence. In 2013, President Obama awarded her the Presidential Medal of Freedom, the highest civilian honor.