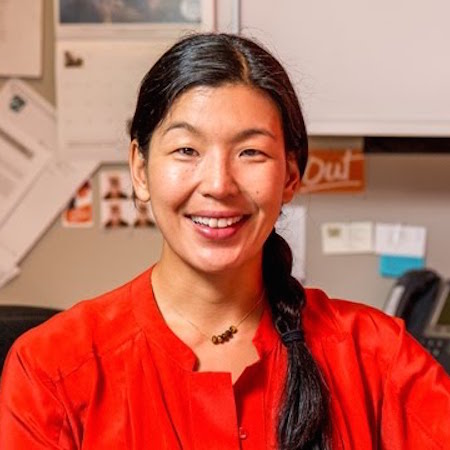 Ai-jen Poo is the Executive Director of the National Domestic Workers Alliance (NDWA) and the Co-Director of Caring Across Generations. She is an award-winning activist, thought leader, and social innovator, and a leading voice in domestic workers’ rights and family care advocacy. As co-founder of the Domestic Workers United (DWU), a city-wide, multiracial organization of domestic workers, she helped lead the way to the passage of the nation’s first Domestic Workers Bill of Rights in 2010, historic legislation that extends basic labor protections to over 200,000 domestic workers in New York state.

In 2011, Ai-jen co-created the national Caring Across Generations campaign to ensure access to affordable care for the nation’s aging population and access to quality jobs for the caregiving workforce. Ms. Poo’s numerous accolades include recognition as a 2014 MacArthur Foundation “genius” fellow, a 2013 World Economic Forum Young Global Leader, and was named to TIME magazine’s list of the 100 Most Influential People in the World in 2012, as well as Newsweek’s 150 Fearless Women list that same year.